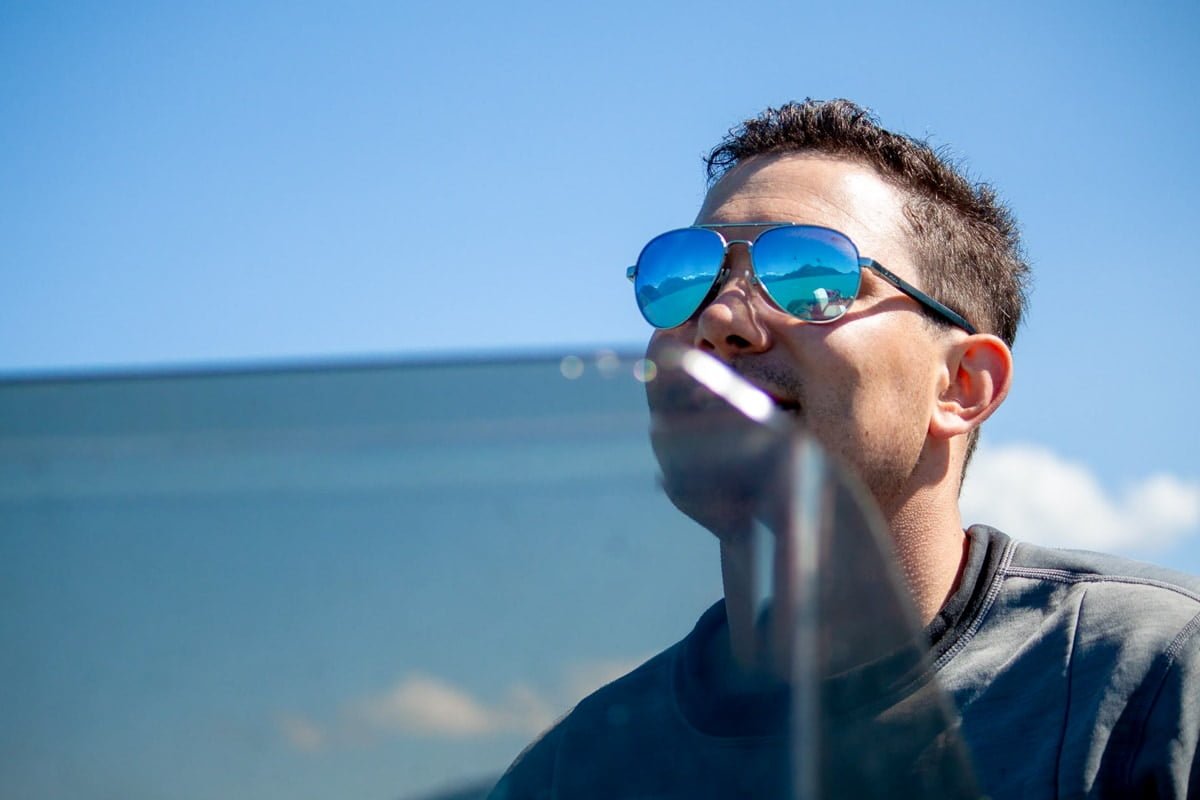 “To achieve self-actualization” is a fancy term meaning something so simple that Pepsi Max used it as their slogan: to live life to the max. Abraham Maslow described it as “to become more and more what one is, to become everything that one is capable of becoming.”

You, me, and everyone would love a bottomless bottle of that in our lives. Sadly for Pepsi, it didn’t fit on their label.

Self-actualization is was at the pinnacle of Maslow’s pyramid, which you’ve probably heard of before. Below it are four more levels. Each is a need that motivates humans (the “hierarchy of needs”).

But the pyramid’s now considered the wrong way to look at it. There’s a new model. And there’s a new level above self-actualization, too.

Psychologist and #1 Maslow fan Scott Barry Kaufman goes into this in detail in his excellent new book, Transcend: The New Science of Self-Actualization.

Maslow’s pyramid model needs to be torn down for two reasons:

Maslow’s pyramid is it’s not Maslow’s.

It’s McKinsey’s. Or Bain’s or BCG’s or some other consulting firm’s creation. Always overeager to oversimplify things with pretty PowerPoints they can charge big bucks for, they invented it sometime in the 60s.

Ironically, Maslow was not consulted on the matter.

Life is not a video game.

The pyramid gives the impression that the goal is to move from one level to the next, like a video game.

You’ve managed to scrounge up a roof, bed, food, and clothes? Congrats! You’ve passed level one and unlocked the next: Safety. Then onto the next level and so on until you join Gandhi or Eleanor Roosevelt atop the leaderboard.

Maslow never intended human motivation to be looked at this way. And not just because video games hadn’t been invented back then. Because that’s not how the game works. In life, we’re playing all levels at once.

Anyone who’s ever watched an action movie in their life understands this. It’s entirely possible to fall in love (level 3) while bullets are whizzing over your head (putting level 2 in serious peril).

So it’s time to leave “Maslow’s” pyramid in the past. It’s time for a new model:

The New Model: All Aboard!

In Transcend, Kaufman razes the pyramids and floats a new model to explain how Maslow’s needs come together to help us achieve self-actualization:

Instead of multiple levels on a pyramid, our needs are made of two indispensable and interrelated sections:

Here’s how to get them working together to achieve self-actualization.

A Hull to Stay Afloat

The hull of our S.S. Self is made up of our three “security needs”:

All three of these components have to be watertight, sturdy, and streamlined to have any hope of reaching self-actualization. If not, you aren’t going anywhere but down.

A Sail to Get You Moving

We need sails to set out in search of self-actualization. These sails are made up of three “growth needs”:

Weave these together, hoist them up above a sleek and sturdy hull, and you’re ready to make waves.

No book, and definitely no blog post, has a magical step-by-step solution to achieve self-actualization. 2Anyone with the answers has better things to do than write blog posts.

But here are some strategies you can’t go wrong with.

Life gets stormy sometimes. We get dumped, fired, injured, and ravaged by actual storms [UPDATE: or pandemics].

When it happens, forget about worrying about life’s purpose, exuding love, or being adventurous. Focus on keeping your sh…ip together—the “hull” needs of safety, self-esteem, and connection.

Regroup and reinforce those so that when things settle back down again, we’re ready to let our sails loose and self-actualize ourselves silly.

Go In the Right Direction

We’re fighting against the wind when we set our sights on socially desirable but individually unfulfilling competitive values like wealth, power, popularity, and influence.

Try a can’t-lose mindset instead. Steer toward values that don’t need to be competed over. Maslow suggested truth-seeking, authenticity, creative spirit, and humanitarianism, among others. Kaufman reports recent studies that have found that these values contribute more to well-being than competitive values.

Yes, uncompetitive values aren’t as sexy. But then again sexiness is not a self-actualizing value to chase after either.

Focus On Your Own Ship

Worrying about what others think of us, the values we’re going after, and how well we’re doing it doesn’t get us anywhere.

First, poor them for having such boring lives to find ours so interesting.

Second, worrying about what others think does nothing but blow holes in our hulls’ self-esteem and connection and distract us from more important things.

Collaborate rather than compete and compare. It’s not possible to out self-actualize one another anyway.

“The good life is a process, not a state of being. It is a direction, not a destination.”

We can all reach self-actualization, but we can’t touch it. It’s not a destination; it’s an action.

So focus on the ride itself, make it meaningful, and self-actualize your little heart out until it stops beating.

Beyond Self-Actualization:
Why Sail When You Can Fly?

Achieving self-actualization can seem a bit selfish. Literally, the term has “self” right in it.

That’s why later in Maslow’s career, after the consultants left with his pyramid, he realized there was a whole new level for humans to aspire to:

Hence the title of Kaufman’s book. As he explains it, transcendence is “harnessing all that you are in the service of realizing the best version of yourself so you can help raise the bar for the whole of humanity.”

It’s selfish and selfless. It’s getting outside our little egos to reach harmony with the outside world.

If you’re thinking this is getting a bit woo-woo, you’re right. It kind of is. For instance, being high on psychedelics can be a transcendent experience. But so too is the feeling of:

That feeling is awe, “the everyperson’s spiritual experience,” as David Yaden puts it.

Our brains would explode into a firework show of tie-dye if we experienced non-stop transcendence in life, so don’t bother trying. Simply be on the lookout for moments of it in life.

And by floating your boat to achieve self-actualization, you’ll find more of them.

For more detail from someone who actually knows what they’re talking about, read Transcend: The New Science of Self-Actualization, by Scott Barry Kaufman.

His extensive descriptions of each need in the middle of the book were a bit overboard for my liking, but the early chapters on the new self-actualization model and the final section on transcendence were plenty enough to make it worth reading.

Make the Most of Your Trip Through Life

“Even though you’re alone in your boat, it’s always comforting to see the lights of the other boats bobbing nearby.”

Join Kim and me on our mission to beat down uncertainty and complacency to blaze our own trails and make the most of our trips through life.

Start by subscribing to our every-10-day dose of ideas, Consider This:

Thanks to Tomas (check out his new content writing job platform) and Mom (my life editor) for their input!

The CANOE Personality Traits, And What You Can Do About Them