Nobody Saw This One Coming

Everyone has an opinion on who has the best ice cream or gelato in Vancouver. You probably do too.

But those are opinions. What are the facts?

There’s only one way we know of to overcome hype, branding, and bias, and focus of flavor: A blind taste test. That’s why, to get to the bottom of who has the best ice cream or gelato in Vancouver, we bought 9 different ones (all chocolate to be consistent) and blind tasted them.

The results were definitive. Some local favorites did horribly. Upstarts jumped to the top. And the winner was… well you’ll see. For now let’s just say nobody saw it coming.

“Gelato” is Italian for ice cream, so in Italy there is no distinction between the two. Call us Italian, but that’s how we see it as well.

Sure, gelato and ice cream are a bit different. Gelato is churned at a slower rate to keep air out and make it denser and creamier. It also uses more milk and less cream relative to ice cream. But at the end of the day they’re both combos of cream, sugar, and milk served cold. Same, same.

There were four gelatos and five ice creams in our blind taste test and not one of our tasters could tell which was which. We doubt you could either.

(For details on how we ran the taste test to keep it unbiased, click here.)

9th Place: First is the Worst

The worst chocolate ice cream or gelato tried was from one of the first on the Vancouver artisanal ice cream scene. We remember pleading with our parents to take us there after bike rides and sports games.

None of our tasters is pleading to go anymore. It was by far the worst ice cream in our taste test. One taster even spat his spoonful out. Seriously.

Here are a couple comments:

“Reminds me of when we did the taste test with insect protein.”

The worst ice cream/gelato in our taste test was from Mario’s Gelato from Amato Gelato.

The maker of the second worst ice cream/gelato we tasted seemed to have taken the term ice cream a bit too literally. It was icy. As in a watery. Some tasters even wondered if it was dairy-free, which it wasn’t.

It was from Tangram Creamery.

Based on the results, we’re going to stick to calling it “Tangram” until it earns the “Creamery” part of its name.

You might not be able to tell the difference between gelato and ice cream but, based on our results, you can definitely tell when milk’s been replaced by something else.

The two vegan entrants in our taste test, from 2 Chill Gelato in Squamish and Luna & Larry’s Coconut Bliss were not well received.

“Sweet. Different base? Not real cream.”

And on Luna & Larry’s Coconut Bliss:

“Better than I expected… for a coconut ice cream”

“Too sweet, but OK in small doses.”

Rain or Shine‘s ice cream… did neither.

The chocolate ice cream from one of the most popular creameries in Vancouver was average overcast. Nothing stood out about it, for better or for worse.

4th Place: Worst of the Best

There was a big jump in quality from the bottom five to the top four in our hunt for the best ice cream or gelato in Vancouver.

The top four were unanimously deemed delicious by our tasters, so coming in fourth place, the worst of the best, should be perceived as an honor.

We doubt the fourth-place finisher will see it that way, though. They’re used to winning all the awards.

“They” are the people from Bella Gelateria.

Bella’s chocolate gelato was what you “expect chocolate ice cream to taste like,” wrote one taster. “Creamy and just real, genuine chocolate,” wrote another. So while Bella’s gelato didn’t win any awards this time, it still mostly lived up to its hype.

We really liked this ice cream. Every taster raved about its creaminess and richness. It is, as one taster wrote, “something I could binge on.”

But it was different. It didn’t have the same pure chocolate taste as the others. It almost tasted like there was caramel mixed in. Chris thought it tasted like a creamy, frozen Lindor. That’s not a bad thing of course, just different.

It should be no surprise then that the maker of this “different” chocolate ice cream is probably the most popular Vancouver ice cream shop, one that has a reputation for their delicious and unusual flavors.

The third best ice cream in our taste test was from Earnest Ice Cream.

You might think there is some bias in this gelato’s second-place ranking given that the owner was one of the tasters.

Here’s what he wrote about his own gelato:

So yeah, even he had no clue it was his, let alone the rest of us. All we knew is that we loved it. Tasters appreciated it for being super rich with an almost nutty taste.

Next time you’re in Squamish for an outdoor adventure or on the way to Whistler, get a scoop from the newly-opened 2 Chill Gelato.

1st Place: Not Only the Best in Vancouver

Forget having to line up to get a scoop. Forget artisanal and homemade. Forget being able to get it in cones.

The winner of the best ice cream or gelato in Vancouver is mass-produced and can be bought in supermarkets and corner stores all around the world. In the words of our tasters, it’s “delicioso.” It’s “awesome.” It’s “very good.”

Before we did the taste test, none of the tasters said Haagen Dazs was their favorite. And if the taste test hadn’t been blind, we’re pretty sure it wouldn’t have won. Nobody wanted a mass-produced ice cream to be better than all the other made-in-Vancouver ice creams and gelatos.

But the results speak for themselves.

If you don’t believe us, there’s only one way to prove otherwise: Try all these ice creams and gelatos yourself.

Now that doesn’t sound bad, does it?

Want More of the Best Food and Adventures in Vancouver?

If you’re looking for more to do in Vancouver than just eat ice cream, or at least some ways to burn off those calories, don’t miss our other posts on things to do in the city.

The best place to start is our 11 Essentials for Visiting Vancouver (which includes a treasure map to our all-time favorite spots).

How the Taste Test Was Run

See our guide to How to Conduct a Blind Taste Test (Plus Fun Ideas) to do your own.

For this taste test to find the best ice cream or gelato in Vancouver, here’s how we tried to make it as impartial and fair as possible:

Two servers, who didn’t participate in the taste test, brought our testers a small spoonful of each competitor one at a time. The order was random. Tasters only knew the ice creams by the order in which it was served (e.g. ice cream number 8). The tasters’ job was to rank the ice creams they tasted from first to worst.

For each sample, tasters closed their eyes to not be biased by the ice cream’s color. After finishing the sample, they would open their eyes and write down their notes and comments. Tasters did not speak to each other during the tasting so as to not affect each other’s opinions.

Once the tasters had tried all the ice creams, they were able to re-sample any of them as many times as they liked. They just had to ask the server, “Please bring #7 [or whichever number].”

When every taster had finalized their rankings, we consolidated them to get to the final rankings shown in this post. 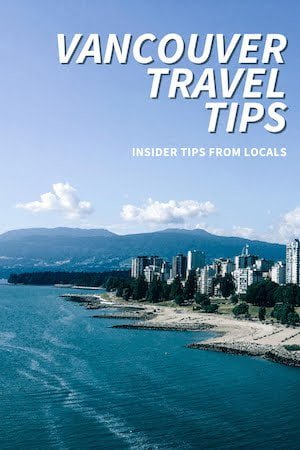