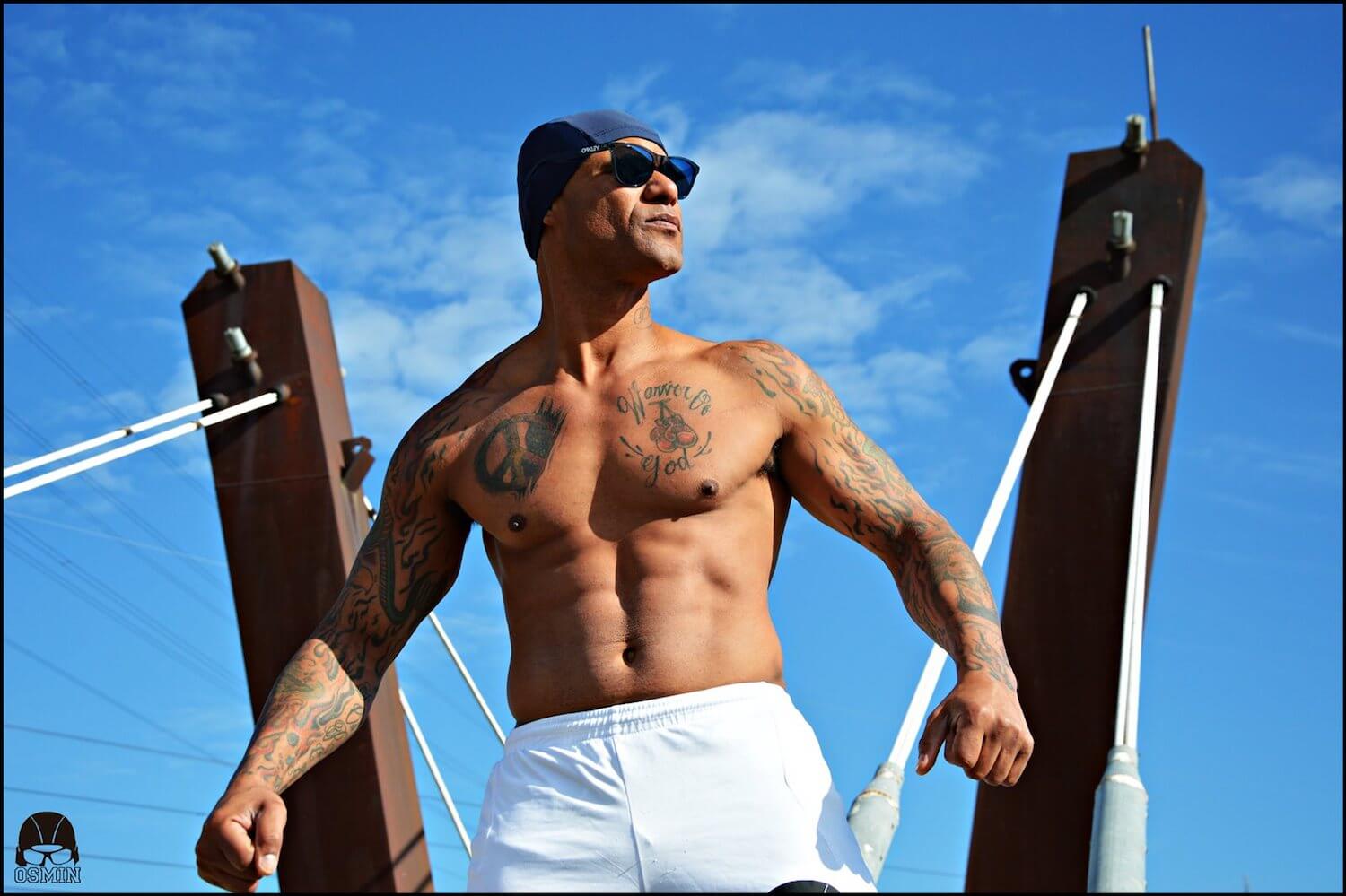 Life lessons from improbably meeting and working out with a celebrity trainer named Osmin Hernandez in Medellin, Colombia.

Imagine you’re a fan of American Idol and are in the middle of watching the newest season when, out of the blue, your girlfriend sends you a text message saying that not only did she just meet the star, Simon Cowell, but that she got his phone number too.

That’s how I felt when, one day while we were living in Medellin, Colombia, Kim sent me a text message saying she’d just got the phone number of a celebrity trainer named Osmin Hernandez. She also sent a photo of the two of them as proof.

Just the night before, we’d watched him on an episode of Desafío Super Humanos (Super Human Challenges), a Colombian Survivor mixed the American Ninja Warrior. Osmin is our favorite person on the show. He’s the trainer of the “Outcast” team. He’s excessive in every way—his tattoos, his muscles, his outfits, and his unforgiving Navy SEAL drill sergeant-style of training.

And Kim just met him and got his phone number.

Perhaps even more unbelievably, we ended meeting up with Osmin a couple of times to work out and becoming friends. During that time we learned a few lessons about fitness, marketing, and life that are worth sharing with you… whether or not you’re a fan of American Idol or Desafio Super Humanos.

10 Life Lessons We Learned By Training with Osmin

1. Be a Halloween costume

Some people mock Osmin for his signature look. He’s always wearing wraparound shades, a tight bathing-cap thing, brightly colored clothes. It is kind of ludicrous. Everything about him is. And it’d make an easy Halloween costume.

Osmin could care less. He’s the one laughing most because his look has played a big role in getting him where he is today. More than one TV exec in a casting meeting has said, “What about that crazy guy with the bathing cap and glasses?”

There are a million wannabe celebrity trainers out there. But there’s only one with his look, his “The streets are my gym” slogan, and his brand. Even his name, Osmin, is unique.

If someone can dress up as you for Halloween, your brand is on point.

Osmin may not be an A-list celebrity but he was still the center of attention wherever we went. Pedestrians would constantly stop him for pictures and people in cars would slow to a stop to holler at him.

He was gracious about all the attention. He even relished it a bit—if he didn’t he wouldn’t wear his attention-grabbing signature attire everywhere he goes. But he also admitted the attention is a big reason why he prefers being in the US or Cuba (where he’s from). He would rather be where he’s less famous.

Osmin explained that being famous can actually be dangerous in Latin America. At parties and clubs, people invite him over to their tables. Sometimes, he graciously obliges. And sometimes, it turns out those people have enemies. Those enemies see Osmin hanging out with their rivals and Osmin becomes their rival too. He’s had some scary run-ins because of it.

3. You don’t need to know everything

When it comes to torturing people pitilessly with Navy SEAL-style training, Osmin is a savant.

But when it comes to any other type of training, his knowledge is surprisingly limited. He didn’t even understand what Kim meant by “mobility” when she asked him about it.

Osmin told us he sticks to what he knows best and lets other trainers do likewise. Based on the success he’s had doing so, it seems like a sound strategy. Not only is he a star of a national TV show in Colombia, but he’s had a TV show in the US too (Operation Osmin) and was previously a trainer to stars like Matt Damon and Gloria Estefan.

Evidently, you don’t need to wait until you know everything before becoming a star in your field.

Kim and I probably know more about personal training than Osmin does. (Please don’t tell him I said that.)

But there’s no chance either of us is a better trainer than he is.

Imagine we found a pair of equally unfit identical twins, Osmin was given one to train and we were given the other, and our objective was to train our respective twins for a gladiator-style fight to the death in two months time. If this happened, Osmin’s twin would destroy ours.

That’s because Osmin is a master motivator. He’s not there to show you he knows more than you, to be your friend, or anything else. He’s there to teach you to push your limits to new levels.

It helps to have technical expertise, but to be the best possible coach you have to be a master motivator.

5. Make your last rep your best

In one of our workouts together, Osmin and I did fifteen sprints up the nastiest steep hill we could find in Medellin. Since I’m twenty years younger than him, I handily beat him up every time.

Except for the last one.

On our last hill sprint, Osmin let out a roar and took off like a 20-year-old. I barely caught up to him before getting to the top, where we both collapsed in exhaustion.

Osmin did the same on the last rep of every exercise we did. He channeled every ounce within him and brought out some inner power we didn’t know he possessed. If he has it within him, we all must too. Somewhere.

6. Effort is the grenade

As a kid, my friends and I played rock, paper, scissors more than I’d care to admit. When we did, one smartass dweeb (me, usually) would inevitably throw down a fist with his thumb up, and shout, “Grenade!” Rock beats scissors, scissors beats paper, paper beats rock. And grenade beats all.

As we learned from Osmin, technique, planning, and diet are the rock, paper, and scissors of working out. And effort is the grenade. Nothing’s more important than effort for getting the results you want. Knowing this, that’s where he focuses the majority of his attention when training others and training himself.

Whenever you’re in doubt about, whether it be in exercise or other aspects of life, pull out the grenade.

7. The future of outdoor workouts is bright

We clicked with Osmin because the way we abide by his mantra, “The streets are my gym.”

We agree with him that pumping iron to pump up muscles is mostly pointless. So is running on a treadmill or riding a stationary bike. Instead, our common philosophy is that optimum fitness is achieved by pushing the body in ways it was designed to be pushed: sprinting, jumping, climbing, and throwing.

The more we travel the world and the more we meet people who have the same philosophy about exercise—many of whom like Osmin have a devout following—the more confident we are that natural, outdoor exercise has a bright future ahead of it.

Osmin is a gritty, urban, Latin, 50-year-old celebrity. We’re WASPy, 30-year-old Canadian bloggers. Nobody in their right mind would have guessed that we’d get along. But we did.

If Kim and I had been home in Canada and had bumped into the Canadian version of Osmin, there’s no chance he would’ve been interested in working out with us.

Osmin only agreed to work out with us because we were different—a couple of Canadians in Colombia. He also definitely wouldn’t have joined us for a workout if Kim hadn’t had the guts to approach him and ask not just for a photo but for his number too. And Kim wouldn’t have even known who Osmin was if we hadn’t made the effort to learn a bit of Spanish language and Colombian culture by watching his TV show.

Meeting Osmin is another example of the good things that come when you put yourself out there and do what others don’t. And that’s why “Do what other’s don’t” is our motto at The Unconventional Route.

10. Find life lessons in every experience

Not only did we take a lot of unexpected life lessons from our time with Osmin, but he too learned from us. As least he said he did after peppering us with questions on topics like Canada, our travels, how we get by, and how we stay fit.

No matter what your situation may be, he taught us that if you keep an open mind you can find some life lessons.

Why You Should Ditch the Gym to Work Out Outside 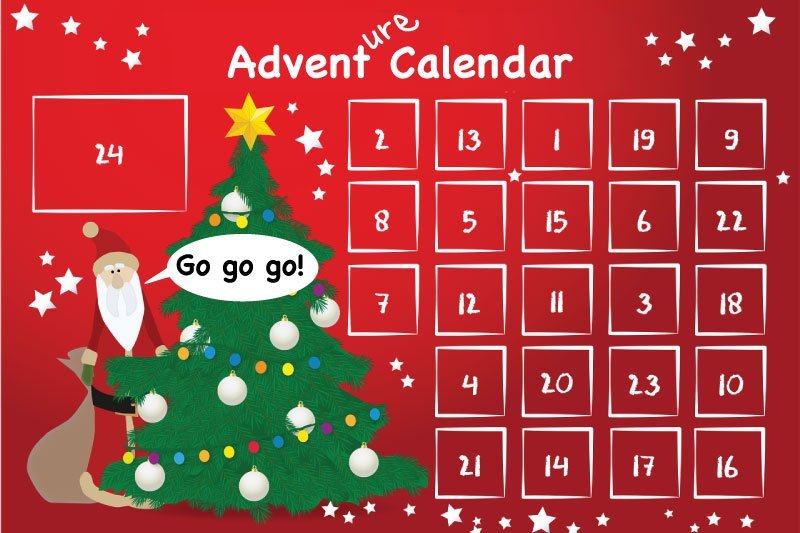