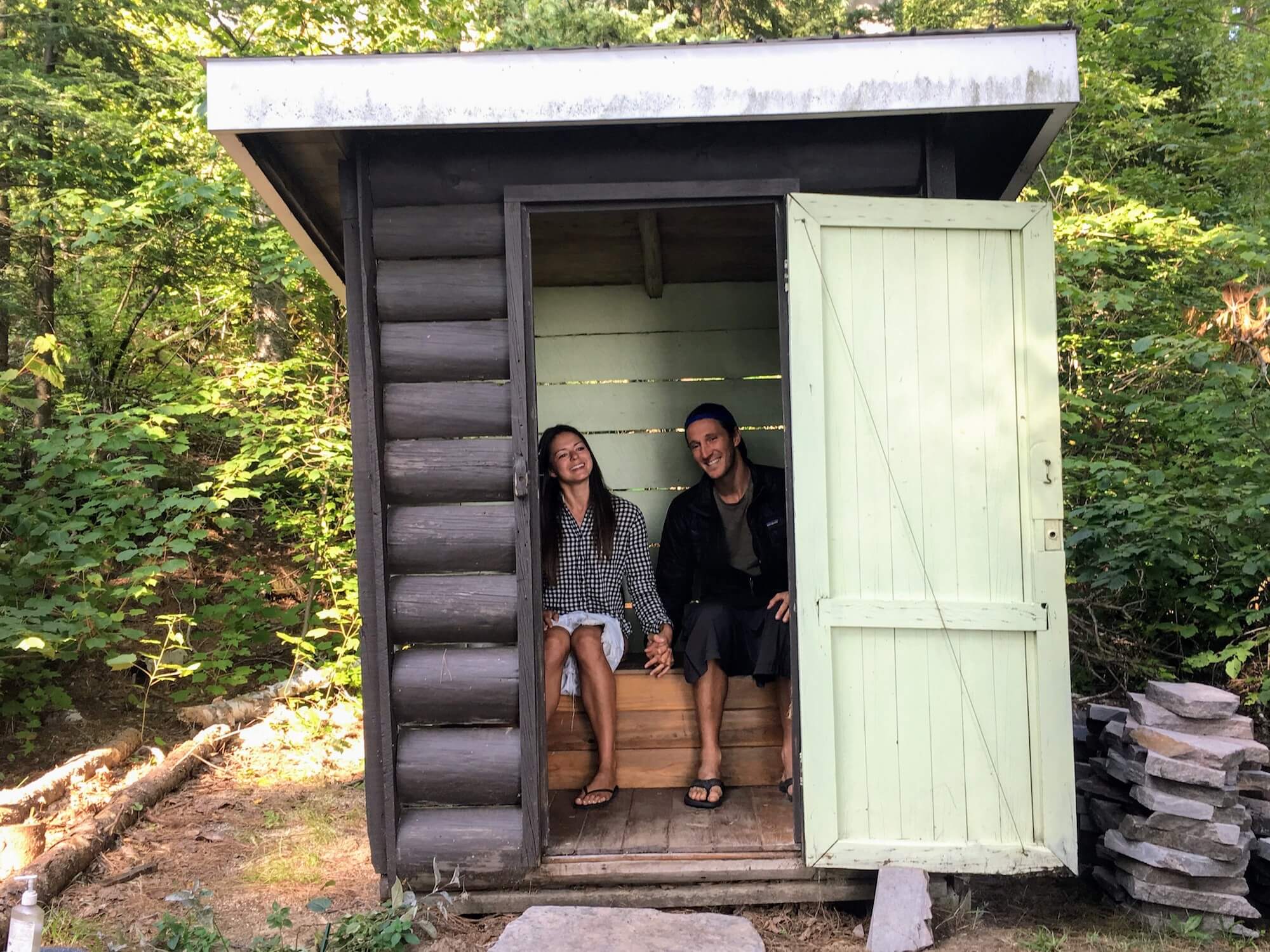 Girls, I’m about to make your day.

Guys, you’re going to want to sit down for this (literally).

I’ve realized that for 30 years I’ve been making a mistake. But finally I’ve been enlightened and now, I invite all men out there to join me:

Gentlemen, it’s time for us to pee like real men. It’s time to pee sitting down.

“Aimers” out there who refuse to pee sitting down don’t know what they’re missing.

Actually, they probably do: the toilet. Show me an Aimer who says he never misses the toilet and I’ll show you a liar. It’s impossible. There are just too many variables. (Guys know what I’m talking about.)

Not only that, but even perfectly aimed streams are messy.

They create a fine mist of piss that missed. Though it can be invisible to the naked eye, the nose can’t miss the smell. And it accumulates, creating sticky floors and yellow porcelain. Nobody wants to deal with this, and we shouldn’t have to.

Speaking of things we shouldn’t have to do, say goodbye to the endless Up vs. Down toilet seat debate. Let the seat stay down forever more.

Can’t we all admit that picking up and putting down toilet seats was kind of gross anyways?

Spraying Down the Counterarguments

Aimers might still argue, “Yeah, but it’s faster not to sit down.”

But if saving time when using the toilet is the argument, nobody better ever catch you hypocritically reading a magazine or checking their Instagram while dropping a deuce.

Think about it this way:

When you’re on the verge of pissing yourself what do you do? You sprint to the toilet, tear down your pants, and pee bare-bottomed like a little kid. It’s the fastest way.

So keep it simple. Drop trou, turn around and pee sitting down.

Sitting is pleasant. Instead of having to focus on aiming, we Sitters get the rare opportunity to relax and enjoy the relief of emptying our bladders. Who couldn’t use an extra little break from a busy day?

The advantages of sitting are even bigger in the middle of the night. While Aimers ruin their circadian rhythms by having to turn on the lights to take 2 a.m. tinkles, Sitters are able to pee sleepily in pitch darkness and return immediately to blissful sleep.

With all this said, if there is a urinal, a tree, a disgusting public toilet, or a high bridge or cliff, it is undoubtedly advantageous to pee standing up.

This ability to adapt to various circumstances is one of the greatest gifts given to those of us lucky enough to be born as males.

Be A Man: Pee Sitting Down

A real man is clean, courteous, considerate, and lazy. Sitting down to pee checks off every one of those criteria.

So if you’re a real man, give sitting down to pee a go. You may never want to stand up again.

And if you don’t want to take my word for it, maybe Larry David will convince you:

One of the few non-offensive and constructive comments below, Sammy suggests peeing in the sink if you’re the right height.

My first instinct was, “Gross.” But is it really that much different from peeing in the shower?

How to Change a Slobby Stander’s Mind

Avoid the 10 mistakes and use the 10 master moves from this video, in which one roommate convinces another to pee sitting down:

I’m pretty sure there’s no debate about whether women should pee sitting down or not. They have sprinklers, not hoses.

But I’m just as sure most women are wasteful wipers. They’ve been doing it wrong since they were two years old and their mommies taught them some questionable old wives tale technique.

So any men reading this who feel bullied into sitting down to pee by women should get them to read Kim’s post, How to Wipe After Peeing? Maybe It’s Time to Rethink Things.

To remind you to avoid getting stuck in the status quo and make the most of your trip through life, I send a quick dose of ideas called Consider This every 14 days.

How to Wipe After Peeing? Maybe It’s Time to Rethink Things

How to Win an Argument: A Neanderthal’s No-Brainer Guide

Sleeping on the Floor Is Overrated. But So Are Beds.

Unconventional Ideas to Inspire You to Live Outside the Box

…to life, learning, productivity, happiness, health, love, whatever you’re after.

All in one short email.

What Scares You the Most in Life? My Answer and My Plan

What Does Success Mean to You? Here’s How to Find Your Answer

Get outside the box inspiration in your inbox.