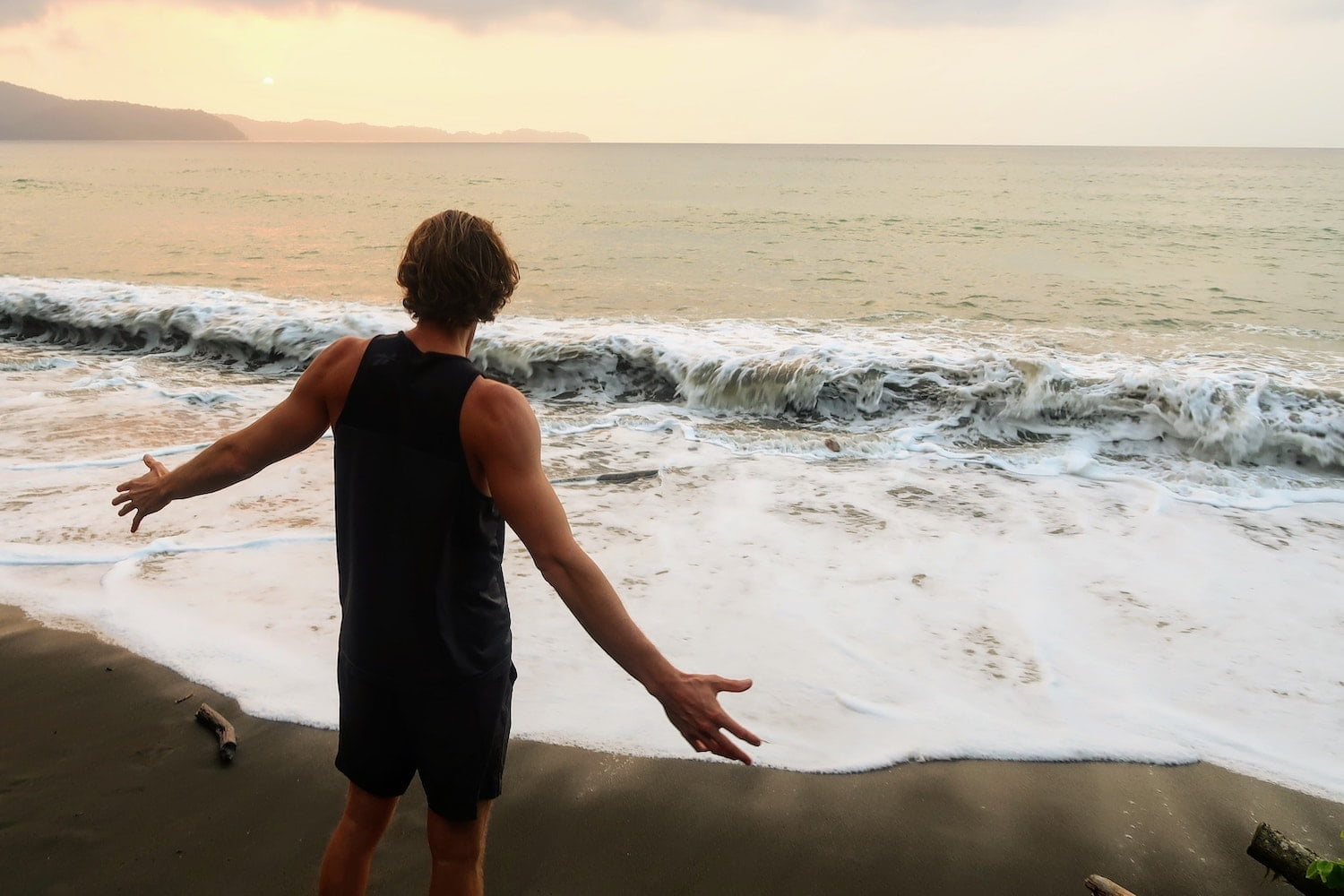 My friends and colleagues chuckled incredulously when I told them I was “pretiring” at the tender, naive age of 27.

I’d saved quite a bit during my 4.5-year corporate career, but not nearly enough to cover me for the rest of my life. Even FIRE (financial independence to retire early) would have taken me another five years of paychecks. But I couldn’t wait that long.

I needed an indefinite career break to catch my breath and reassess my path. Then I figured I’d find a way to become the universe-denting CEO I believed I could be.

That was six years ago.

If anything, the universe dented me rather than me dent it. The only thing I’m CEO of is this humble little blog. But I’m happier than ever. So I’d say my pretirement was a great success.

This is my story.

Like many real retirees, the first thing I did after pretiring was travel.

And, let me tell you, traveling when you’re pretired is the best.

You have no obligations, no upcoming deadlines, and plenty of money, so you can go wherever and do whatever for as long as you want, worry-free. And you don’t need to pack a laptop.

For six post-pretirement months, I:

By the end, I was traveled-out. And my mind felt like a computer that had been factory reset. The junk had been cleaned out and I never felt fresher.

So I settled down in Vancouver for the next stage of my pretirement.

With nothing but time on my hands, I got around to things that I “was too busy for” during my working days:

Putting My Money to Work

The costliest mistake of my life was not putting my money to work for me while I was working. I just stuffed my savings into a checking account and let them slowly deflate.

Worst of all, Finance was my profession!

I could have about twice as many savings today had I put my money to work for me starting from my first paycheck.

But better late than never. Pretirement gave me the time to get my financial act together. I wasn’t working so my money had to work extra hard.

And did it ever!

Thanks to patience, thriftiness, and lucky timing, my savings grew faster during my pretirement than they did when I was working.

Read Millionaire Teacher, one of the “sledgehammer” books that changed my thinking, to get comfortable with investing and to learn it doesn’t have to be complicated. And don’t dilly-dally!

Being tight with my money (my friends would say “cheap”) allowed me to pretire in the first place, but I had to clench up a couple more notches to keep my pretirement going indefinitely.

These financial “sacrifices” turned out to be super rewarding:

I used to believe most of the above was hippy nonsense—stuff broke people rave about to justify their inability to afford anything better.

But, as is the case more often than I’d like to admit, the hippies were right.

Embracing the simple life gave me the freeing realization that I could thrive on much less than I once thought.

I redirected all the mental energy I didn’t need for meetings, emails, and Excel to research and experiment with ways to improve myself.

Thanks to these upgrades, I felt like Chris 2.0—healthier, happier, wiser, and better-off financially than ever.

So I was eager to put my new powers to work.

It was time to step out swinging into the universe to see what damage I could inflict.

I ultimately gave up my fruitless fight to become a universe-denting CEO when my then-girlfriend, now wife, Kim and I were told we’d have to vacate our apartment for redevelopment.

Instead of struggle to find a half-as-good apartment in Vancouver for twice the price, we took off for somewhere warmer and cheaper: Medellin, Colombia.

Back to South America, where my pretirement began.

Back to square one?

Lucky for me, my invested savings were having a lot more success than I was. So Kim and I didn’t feel the pressure to make money selling trinkets on Amazon or teaching English online, which is what it seemed all the other gringos in Medellin were doing at the time.

We could enjoy exploring Medellin and its surrounds instead.

And we discovered a lot of extraordinary things travel blogs and guides didn’t mention. So, thanks to the website-building skills and aptitude for writing I developed during my misadventures, we started to blog about it.

We couldn’t find a perfect domain name, so we settled on TheUnconventionalRoute.com.

Unlike my previous ventures, people seemed interested in this one. Traffic grew and grew. And we were having tons of fun working on it.

Within just over a year, we started making money! Nothing close to enough to make us rich. But it was enriching work. It covered our expenses. And I still had my pretirement savings working for me.

Then it dawned on me: this was it. My pretirement was over.

You Never Know What’s Next

My 27-year-old pre-pretirement self would be horrified that I’ve become a blogger.

But my pretirement misadventures taught me otherwise.

That’s the magic of pretirement. It enables you to stumble into living by the cliché, “Find a job you enjoy doing, and you will never have to work a day in your life.”

Blogging’s not lucrative nor impressive, but who cares?

I like to think I’m contributing some value to the nearly two million people who visited this site last year. My financial situation’s stronger than ever. And so are my health and my mind.

Will it stay that way? Who knows?

Worse comes to worse, I can always pretire again.

Should You Have a Pretirement Plan?

Only a tiny minority of people are fortunate enough to be able to pretire like me. Even still, too few people do it. It seems people don’t seriously consider a pretirement plan because:

Well, seeing as you’ve made it this far, excuse A is off the table.

As for excuse B, ask yourself this:

If you pretired, did a factory reset, reconstructed, and pursued (mis-)(ad-)ventures, how likely is it you’d regret it and crawl back to your current job?

Probably not very likely, or you wouldn’t have read this post in the first place. So consider risking it.

How to Take a Career Break: 8 Steps to Break Through

Why You Should Be Living Your Own Unconventional Life

Why You’ll Regret Living a Life of Minimizing Regret

Why I’m Glad I Started Working in a Huge Corporation