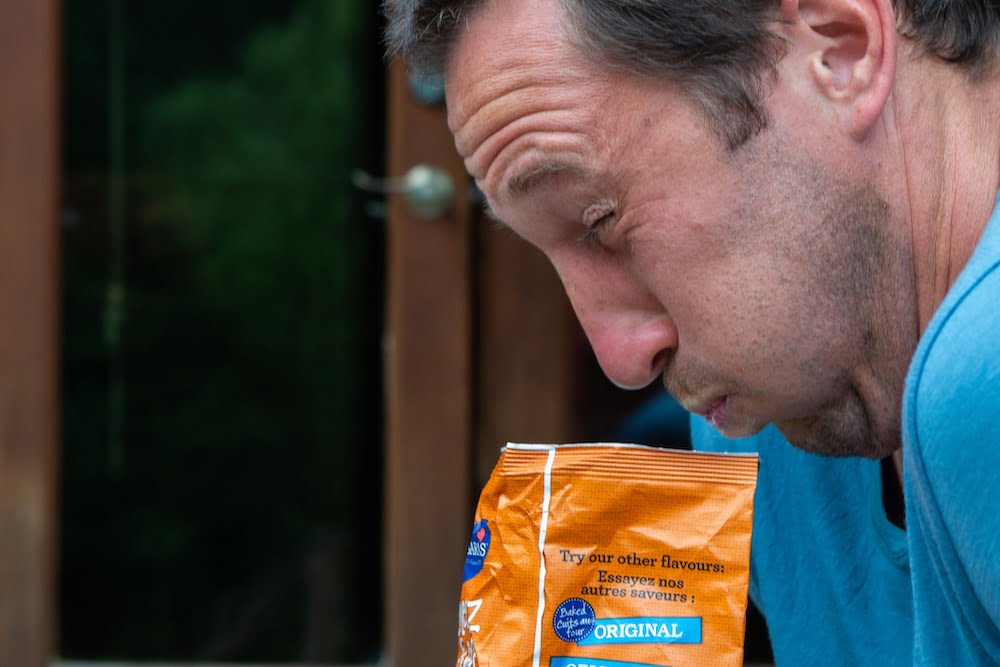 …so what if we did the opposite?

Can we flip those strategies to trick our minds into wanting to eat less junk food?

The question came to me as I mindlessly munched away at cheese puffs while researching how to train my palate and acquire a taste for black licorice. And the more I considered it, the more it made sense.

Just as psychologists have figured out how to get even the most stubborn brats to eat their veggies without shoving it down their throats, we can train ourselves to stop liking junk food without prying it out of our greasy palms.

It’s the opposite of taste acquisition. Let’s call it “Reverse-to-Revulsion.”

How to Stop Eating Junk Food

Seven proven strategies for getting people to acquire a taste for healthy food, and how you can do the opposite to lose the taste for junk food.

The “Tiny Tastes” technique to get kids to eat their Brussels sprouts involves putting pea-sized portions on their plates. They swallow these unintimidating doses with ease, which takes away the fear of the food.

Take away nearly imperceptible doses of sugar or salt from your food. When it feels safe, take another step back. And keep going until you’re in the clear.

It’s kind of like escaping from a Grizzly you bump into in the forest. If you turn and run, it’ll chase you and give you a big bear hug of fatness. So back away slowly and steadily.

Taste Acquisition: Make it the hero

Make the food you want to learn to like your savior by getting really hungry, then eating it first.

Reverse-to-Revulsion: Make it the villain

After you’ve had a huge meal, mercilessly force yourself to eat whatever junk food you’re trying to kick until you feel sick.

Even better, eat it when you’re feeling sick to the stomach. Your brain will associate that junk food with nausea and develop an aversion to it.

Famed food scientist Linda Bartoshuk used this method to kick her addiction to fried chicken. Here’s how she told it on the Speaking Psychology podcast:

“I was coming down with the flu and I was nauseated. I drove home and I always go by Kentucky Fried Chicken, so I stopped off and bought my favorite all dark meat extra crispy and ate it while I was nauseated. Now I knew what I was doing, but I still developed the aversion and it was very powerful.”

For a less-effective but easier-to-stomach approach, smell and look at photos of the crap you crave before eating it. These sights and smells are partially satiating, so they lead people to consume less.

Taste Acquisition: Fake it till you make it

Mentalist Derren Brown used his mind games on himself to learn to like foods like salami pizza. He did so by making loud pleasurable noises and groaning, “Mmmm, this is gorgeous,” while eating it.

Reverse-to-Revulsion: Fake it till you hate it

When eating junk food like, say salami pizza, gag, make faces of disgust and groan, “Uggh, this is revolting.”

This puts in practice one of my favorite sayings to live by:

Taste Acquisition: Create it yourself

Kind of like how parents somehow find a way to love the nastiest and most disgusting kids they raise, multiple commenters on Reddit and Quora report learning to like a food like tomatoes (a surprisingly divisive food) by growing them in their garden.

Fresh-from-the-garden produce typically tastes much better than store-bought stuff, too.

Dig into the nitty-gritty nastiness of what a chicken nugget or a french fry is really made of. Like meeting your idols and realizing they’re normal humans (or worse), junk food’s magical appearance wears off when you get to know it well.

Also, understand the mental manipulation junk food marketers and food developers use to seduce you. Being more conscious of these tricks to get your money can numb you to their effect and leave a bitter taste in your mouth.

Use “training wheels for taste,” as food developer Barb Stuckey puts it.

For example, slather veggies you want to acquire the taste for with delicious, calorific cheese sauce or butter, or sprinkle them with a little bit of sugar.

When you do so, your brain starts associating boring vegetables with the cool kids and eventually learns to like them on their own.

Pair junk food you’re addicted to with an ingredient you dislike.

So if you want to eat less pizza and hate anchovies, only eat them together. If you can’t handle hot sauce but want to eat fewer potato chips, drizzle it on top.

For a bonus benefit, pick a healthy food as your partner in crime. As its yuckiness rubs off onto the junk food you want to stop liking, the yumminess of the latter returns the favor. So you might find yourself acquiring a taste for that healthy food!

Taste Acquisition: Hang out with people who love it

Spend time with people who have a passion for the food you dislike.

Open-mindedly listen to their rantings and ravings, try to taste what they’re tasting, and take their advice on how to get the most enjoyment of out it. You will inevitably learn to at least respect the product, if not join their cult.

Reverse-to-Revulsion: Hang out with the haters

For example, find friends who think Coke is crap and invite them over for a “terrible tasting.”

As everyone forces themselves to gulp the garbage, have them explain why it’s so disgusting and why they avoid it. Rather than argue, use the Fake It Till You Hate It strategy and bitch and moan alongside them. Soon enough, you’ll stop drinking that sugary, sparkly brown Kool-Aid too.

Reverse-to-Revulsion: Give non-food rewards for not eating

Reward yourself with something non-food related every time you would normally eat junk food but don’t.

Also, reframe your “deprivation” as a reward. Take the example Bee Wilson shares in her book, First Bite:

To switch from sugary Frappuccinos to simple black coffee, rather than fret about what she was losing out on, she reminded herself to be grateful for being able to drink black coffee instead of water.

It doesn’t have to be torture to stop eating junk foods that make us feel bad. I’d even go so far as to say that these Reverse-to-Revulsion strategies are perversely fun (aside from maybe #2, Make it the villain).

But they’re probably not 100 percent effective, either (again, aside from maybe #2). We’re trying to learn to dislike unhealthy food we’re wired to be addicted to. That’s not the exact opposite of learning to like something healthy we have no biological reason to have an aversion.

So keep your expectations measured. If any of these strategies to stop liking junk food help you cut the crap by a decent amount, and maybe move toward something healthier in its place, that’s a great start.

How to Acquire a Taste: My Black Licorice Experiment

How to Train Your Palate: The Art and The Science of Better Taste

To Enjoy Food More, Treat Every Course Like Intercourse

To Develop Good Daily Habits, Think Like a Gardener

2 thoughts on “How to Stop Liking Junk Food: The Reverse-to-Revulsion Technique” 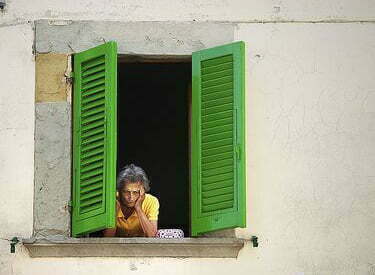 Join 3,000+ free-spirited folk who get free ideas about freeing ourselves from the status quo twice a month. You're free to unsubscribe anytime.