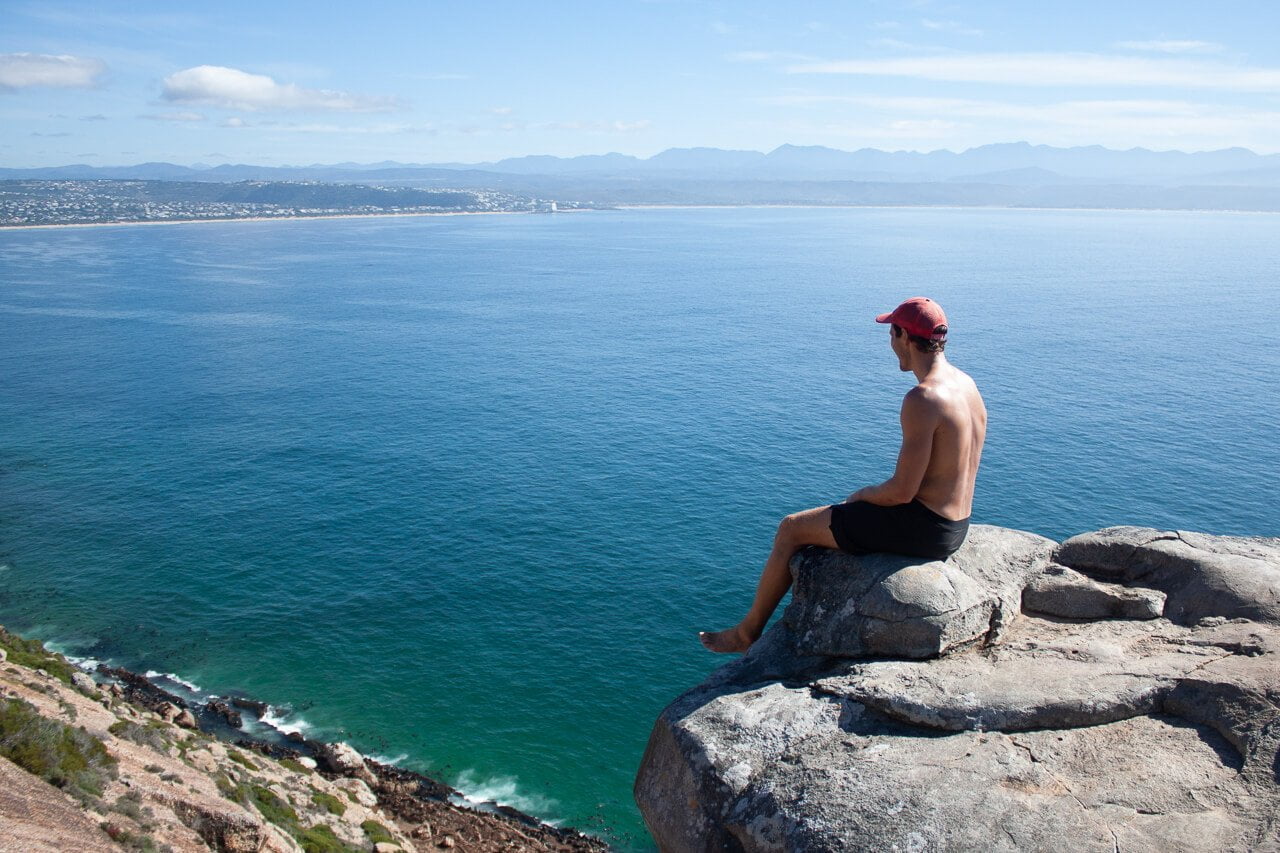 Dig Into the Garden Route

Even though Kim and I read tons of travel blogs and guides about the Garden Route before moving to South Africa, it still wasn’t clear to us what was so special about it.

Only now, after we finally “did” the Garden Route, do we finally understand.

This honest Garden Route guide, the first of our 4-part Unearthing the Garden Route Travel Blog, lays out what we dug up.

In This Garden Route Guide:

What Isn’t the Garden Route?

It’s important to start this Garden Route blog by clearing up some misperceptions we had, and maybe you have too as a first time-visitor.

The Garden Route doesn’t have much to do with gardens.

It’s more about the forest and the sea. The “Coastal Forest Route” would be more accurate, but I guess that wouldn’t appeal as much to tourists.

The Garden Route is not a route.

It’s an area. The “Coastal Forest Area.” We discovered we could just as easily explore it all from a single base as by changing hotels every night. (See How Long to Visit the Garden Route, below.)

The Garden Route is not a scenic drive.

Speeding through the “Coastal Forested Area” on the N2, it looked a lot like semi-rural areas of Canada, the US, or Europe… except for the baboons on the side of the highway.

The Garden Route is not remote.

Every town along the way is more developed and populated than guidebooks and photos had led us to believe.

The Garden Route is not over-touristy.

Despite its popularity, we didn’t feel we were among a swarm of tourists everywhere we went (aside from the Storms River suspension bridge).

What Is the Garden Route?

Technically, “Garden Route” is the name given to the parks, attractions, and towns along the 200 kilometers of the N2 highway between Mossel Bay and Storms River in southern South Africa.

We’d say it’s really just 150km though, because the 50 kilometers between Mossel Bay and George are are national park and forest free.

The main Garden Route towns are, from west to east:

Other towns like Oudtshoorn, Hermanus, and Port Elizabeth cling on to the Garden Route bandwagon but aren’t actually part of it. They’re worth a visit, though.

Why Visit the Garden Route?

Why should South Africans visit the Garden Route?

For South Africans, who are spoiled with scenery, good food, and coastline all over their country the Garden Route’s unique appeal comes from:

Why should foreign tourists visit the Garden Route?

Bigger forests and better climates are shorter plane rides away in other countries than South Africa, so the unique appeal of the Garden Route for foreigners is:

What to Do on the Garden Route?

Since this Garden Route travel guide is meant to be quick-hitting, we’ll only briefly touch on the most popular things to do and our favorites.

Nature-lovers and city-escapers will enjoy:

Those who want quicker thrills can pay up to bungee jump, kayak, abseil, and paraglide.

The Garden Route’s dishes out surprisingly varied, delicious, and reasonably-priced food to consume and refuel post-adventure.

To go with your food, you’ll have the chance to consume plenty of wine at Plettenberg Bay’s wine farms that have been bubbling up (literally, since they’re particularly known for their sparkling MCC) over the past decade, microbreweries in every town, and the new gin distillery in Knysna.

If you get too full, you can empty your wallet by being a consumer at the Saturday weekend markets.

And don’t worry, you won’t be consumed by wild animals unless you jump over the fence at a wildlife sanctuary or escape from your cage while shark diving.

If you run out of things to do, do nothing.

Go to the pool at one of the many-equipped hotels around the Garden Route or head to the nearest beach and chill.

When to Visit the Garden Route?

Sometime way back in the early 90s, the Guinness Book of World Records ranked Mossel Bay as the second most temperate city in the world, after someplace in Hawaii.

To this day, Garden Route tourism officials can’t stop boasting about it.

Whether or not that lofty ranking is deserved, we can say for sure the weather’s comfortable year-round, so there’s no bad time to visit weather-wise.

The average monthly highs rarely exceed 25 degrees during the hottest months of January and February and the lows remain above 18 degrees in the coldest months of July and August.

When Not to Visit?

Avoid visiting the Garden Route in late December and January if you can. That’s when local South Africans and foreigners migrate down by the bus-, car-, and plane-load.

How Many Days Should You Spend on the Garden Route?

But if you’re driving from Cape Town, make that five to eight days to stay in non-Garden Route towns on the way there and back. You’d be wasting time, gas, and enjoyment to skip past towns along the way like Hermanus, Stanford, and those on the Route 62 corridor. They all offer just as much as their Garden Route neighbors.

If you spend three days in the Garden Route proper, pick one base, probably in Plettenberg Bay or Knysna, and explore from there. Add a second base if you stay for four to six days.

Explore more of South Africa if you can

We recommend a max of six days because, while the Garden Route has enough to keep you busy for weeks, if you have the luxury of so much time we’d strongly advise you take advantage of it to explore more of South Africa.

Places like the Drakensberg, the Wild Coast, and the Karoo deserve your attention, too.

Where to Stay Along the Garden Route?

We won’t pretend to come close to knowing all the best places to stay in the Garden Route. All we can honestly share with you is our feedback on where we stayed (after extensive research) and a couple other spots we saw along the way:

Where to Get More Info on the Garden Route?