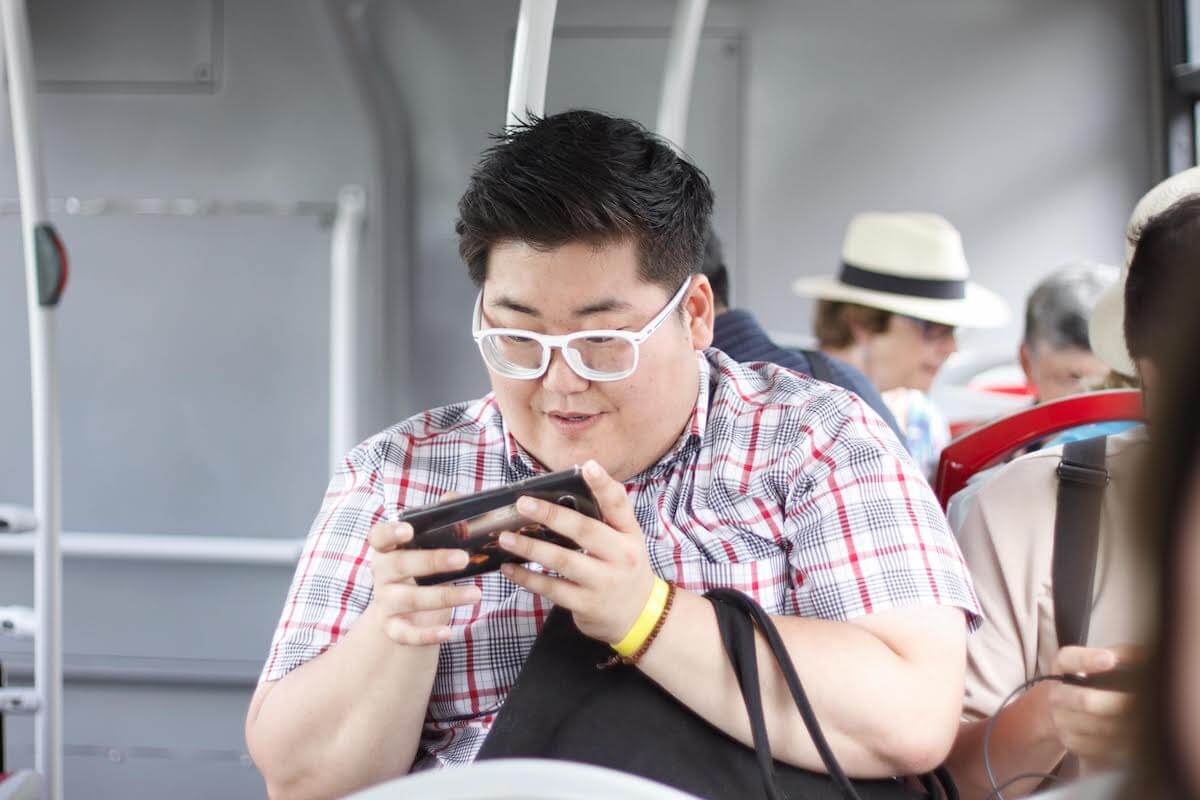 If You Use Google Maps, You Should Be Using Saved Places Lists

Even if you’ve never heard of Google Maps saved places before, you can probably guess what it is.

It’s a way to save and manage lists of locations on Google Maps, view them right on the app, and share them with others.

Maybe, because barely anyone uses saved places to its full potential. But they should. Anyone who uses Google Maps should use saved places. Heavily.

This guide will get you started.

In This Saved Places Guide

Why Use Google Maps Saved Places

✧ There’s Too Much to Remember

Not even the guy who memorized pi to the 70-thousandth decimal place can keep track of all the places to see, restaurants to eat at, addresses to go to, and the perfect selfie spot recommendations we’re overwhelmed with daily.

But our phones can with just a couple of clicks.

Unless you’re one of those people who’s paranoid Google’s spying on you, you’re probably using Google Maps as your go-to navigation app already.

And you should be. It’s the most comprehensive and accurate map app out there (…unless you’re hiking. In that case, use Maps.Me).

So the Saved Places functionality makes what you’re already using even more useful.

✧ You Can Access Saved Places on Any Device

Changes you make on saved places automatically and instantaneously synchronize across any phone, tablet, or computer that’s logged intolis your Google account.

✧ It Even Works Offline

Just make sure to save your Google Map for offline use.

And make sure to charge your phone or bring a charger or battery back, before heading out.

In the good old days (i.e. only a few years ago), my first stop anywhere I traveled was the tourist information office.

There, I’d talk to an employee who’d circle, star, and scrawl all sorts of recommendations on a free paper map. I’d then circle more spots I’d read about in guidebooks and whatnot.

These were my trip treasure maps.

But I don’t use them anymore. Google Maps’ saved places has replaced them as a more durable, detailed, and accurate digital alternative.

✧ It Makes Deciding Where to Go Easier

When it’s time to plan my monthly “date night” with Kim, I simply pull up my “Want to Go” saved places lists.

Those lists are where I save all potential date night spots—restaurants, bars, activities—that people recommend to me or that I read about.

I pick a couple that are close to each other and just like that date night’s planned.

When Kim and I had a 24-hour layover in Taipei, we collected restaurant, food, and attraction tips from everywhere and dumped them all onto our saved places list.

This is what we ended up with:

Like pieces of a puzzle, we put together a route that would allow us to get to as many of them as possible in one day.

We went to A LOT of places in Taipei, eating 24 different foods in 24 hours.

How to Get Started With Saved Places

Follow these screenshots and their captions to learn the basics of how to create a Google Maps saved places list, save locations to those lists, and share them with friends.

If something’s unclear, check Google’s official instructions or ask me in the comments.

✧ How to Save a Location to a List

What if the Location’s Not on Google Maps?

Tap and hold to drop a pin anywhere. You can then add a label (if you wish), add it to a saved places list, and add a note to remind you of why you saved it.

How to Get the Most out of Saved Places

When in doubt, save it.

Whether it be a recommendation from a friend, an interesting location on an Instagram post, a spot you pass by while walking around, or whatever, any time you see, hear, read, (or smell, taste, or feel) a place worth remembering or returning to, save it to a list.

Adding a place to a list doesn’t mean you have to visit or you ever will. It’s a reminder to your future self to keep it in mind.

Because you never know.

When you add an item to a list, add a note to remind your future self:

Without a note, your future self will have a map full of locations and no idea why your past self added them.

(Refer to Step 4 of How to Save a Location to a List above for how to add a note.)

Making lots of lists is the key to avoid getting lost in a constellation of saved places on your Google Maps.

Use a Good Naming Convention

Picking a convention for naming your lists and sticking to it makes it easier to keep track of your ever-expanding list of lists.

For example, I name all my lists the following way:

For example, “Valencia restaurants want to go” or “Vancouver hikes been.”

Hide Lists When Not Using Them

Google annoyingly forces us to use the same turquoise symbol for all lists.

To toggle a list’s visibility on Google Maps, click the “…” beside any of your lists and select “Show on your map” or “Hide on your map.”

Be Careful With How You Use the Default Lists

The advantage of these lists is their symbols are visually distinguishable from the turquoise circles of every other list.

The disadvantages are they can get quickly out of hand when you use them too much. You can’t share Starred places, either (but you can the other two).

I only use Starred places for temporary reminders (like a place I’m meeting a friend later in the week), Favorites for the best places that I want to remember to recommend on this blog, and Want to go for… nothing anymore because I prefer to Want to go lists for each category.

Saved places lists are a game-changer compared to paper maps we all relied on not too long ago. But that doesn’t stop us from complaining about it. It’s like a Google engineer complaining that the pistachios aren’t shelled at the free gourmet lunch spreads at their office.

Here are some functionality issues we’ve come across and that fellow readers have pointed out in the comments. Pistachio-loving Google engineers take note:

✗ It Sucks on Desktop

The desktop functionality of Google Saved Places is glitchy and doesn’t sync well with your phone. I recommend you stick to using it on mobile.

According to Douglas in the comments, there are similar synching issues with Android Auto.

When planning a route using Google Maps’ directions functionality, you can’t access your list of saved places to choose from there. You have to remember or note down separately the saved places you want to add to your route.

Quite a few readers report that when they share saved lists with friends their friends don’t see all the locations. I suspect this is related to issues syncing between desktop and mobile. By using Saved never come across the issue.

Icons for all custom saved places lists are blue, so you can’t distinguish between them on your Google Maps. Our maps would be much clearer if we could, for example, make the green icon for restaurants, a red restaurant for activities, and a purple icon for bars.

✗ Can’t Easily Toggle From “Want to Go” and “Visited”

We’d like to be able to classify saved places on our lists as “Want to Go” and “Visited” then filter accordingly. For now, we have to maintain separate lists and move locations from one to the other. Annoyingly, Google Maps deletes notes associated with any location you remove from a list, so we have to copy-paste it into the new one to keep it.

✗ No Sorting Or Filtering

It’d be helpful to be able to sort lists alphabetically or by date, for example.

Can I collaborate with a friend on a list?

After step 6 of How to Create a List, select “Group” below the name and description of the list. You can then invite others to join this group and contribute.

Note a significant downside of groups: You cannot add comments below each saved place.

Can I export/import lists of saved places?

If you need to collaborate on maps, try Google My Maps, which I explain in more detail in our Google Maps Tips post.

As I mention in that post, I don’t generally recommend Google My Maps because they aren’t editable on mobile and aren’t viewable offline aside from with some workarounds.

Ask me in the comments. I can’t guarantee to have the solution you’re hoping for, but I’ll do my best.