Home > Travel > General Travel > How Many Countries Have You Been To 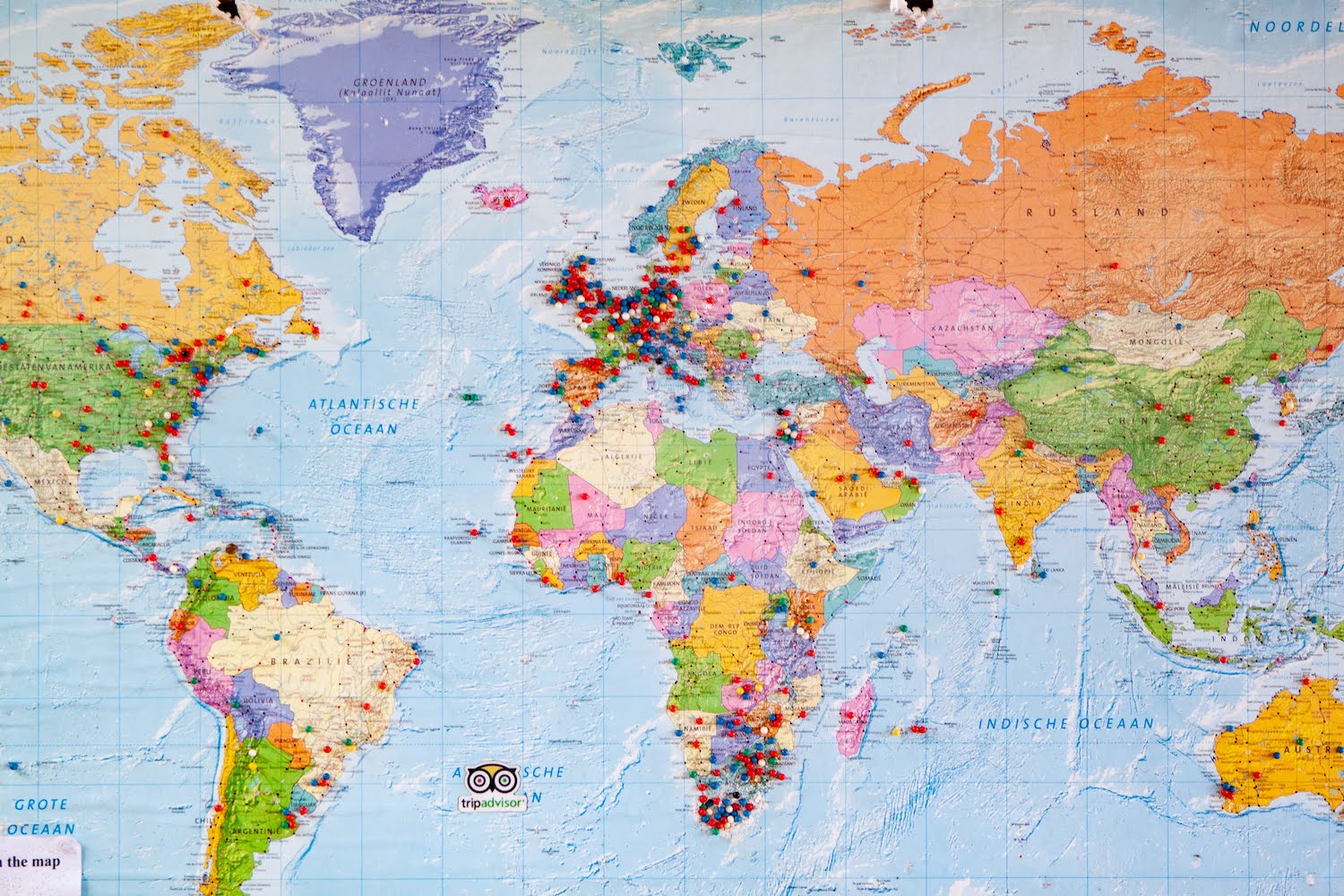 I’m not sure which was more moronic.

In retrospect, they’re pretty similar. Shallow goals of a misguided guy who didn’t know what he wanted. Fortunately, I learned to change my mind about them before I went too far.

Here’s my story about the former goal on country-counting (…and, incidentally, a little bit on the latter).

I didn’t visit my first foreign country until after graduating high school.

Well, technically, that’s a lie. I’d been to beach resorts in Mexico and the Caribbean, but I’m not counting those. That’d be like counting blow-up dolls as sexual partners.

My real “first time” was a two-week Europe trip with my family in the summer before my first year of university.

And it was so much better in real life than I had imagined.

The tastes, smells, beauty, and exoticness I experienced as we road-tripped in Provence and cycled down the Danube titillated me. I wanted more and more.

It took me a few years to get it.

But when I did, I more than made up for lost time.

After university, I scored big time.

I got a job in Switzerland that gave me the fuel for my burgeoning country counting addiction: big money and easy access.

So I went on a rampage.

From March to November one year, I traveled to a different place every weekend except three.

It was such a debaucherous whirlwind that I can’t even remember the names of all the countries I visited or what they looked like anymore.

And I wanted more. I’d plowed through Europe. Now it was time to get exotic.

But that’s when things started to change.

Somehow, I managed to convince my bosses in Switzerland to relocate me to my company’s office Panama. It would back the perfect base to add some Latin American countries under my belt.

But something unexpected happened soon after I moved to Panama:

I fell in love with the country.

Panama won me over with her warmth, affordability, wildness, and petite size. And I took our relationship seriously. I learned her language, cheered for her national teams, and even began to appreciate her food (well, almost).

I had just as much fun and made more lasting memories getting intimate with one country as I had making fly-by-night visits to a dozen different ones.

To be honest, I wasn’t completely monogamous during my two-and-a-half years in Panama. I had dalliances with Peru, Chile, Colombia, Cuba, and Costa Rica. But those Latin American affairs were longer and more meaningful than my forgettable European flings.

By the time I pretired from my job in Panama and returned to Canada, I’d completely stopped caring about how many countries I had been to.

When people asked me my “number,” I’d tell them in full honesty that I had no idea. It wasn’t a humble-brag way of saying it was so many I couldn’t keep count. I truly didn’t care anymore. And I didn’t care about how many countries anyone else had been to either.

Kim had also given up on country counting. Together, we’ve focused on building longer-term relationships with the countries like Mexico, Colombia, and South Africa, Spain, and Morocco.

Even though Kim and I have given up on caring about or counting how many countries we’ve been to, we still get around.

The difference is we don’t go to new places out of a desire to brag about bagging it to friends, compete with other country counters, tick some box, or fulfill some unmet inner need. We go because of a true respect for and curiosity about that country. (Or because of long layovers.)

Who knows? Maybe an unforgettable fling with a new country could lead to a long-term relationship down the line.

Kim and I have had done quite a few trips like this: Jordan, Namibia, Rwanda, Taiwan, Japan, Sri Lanka, The Philippines, Kenya…

How Many Countries Have You Been To?

Are you still counting? If so, why?

If you’re still not convinced to give up on a meaningless country-counting quest, consider watching this thoughtful quick video on the problems with travel. I see my old country-counting self in this video. Do you see anyone familiar, too?

Please share your thoughts in the comments. In the spirit of keeping an open mind, we’d love to get some differing opinions.

2 thoughts on “How Many Countries Have You Been To? Maybe Stop Counting”

What’s Your Greatest Fear and How Can You Seize The Opportunity?