Home > Favorites > Merino Wool: The Good, the Bad, and the Not-So-Stylish 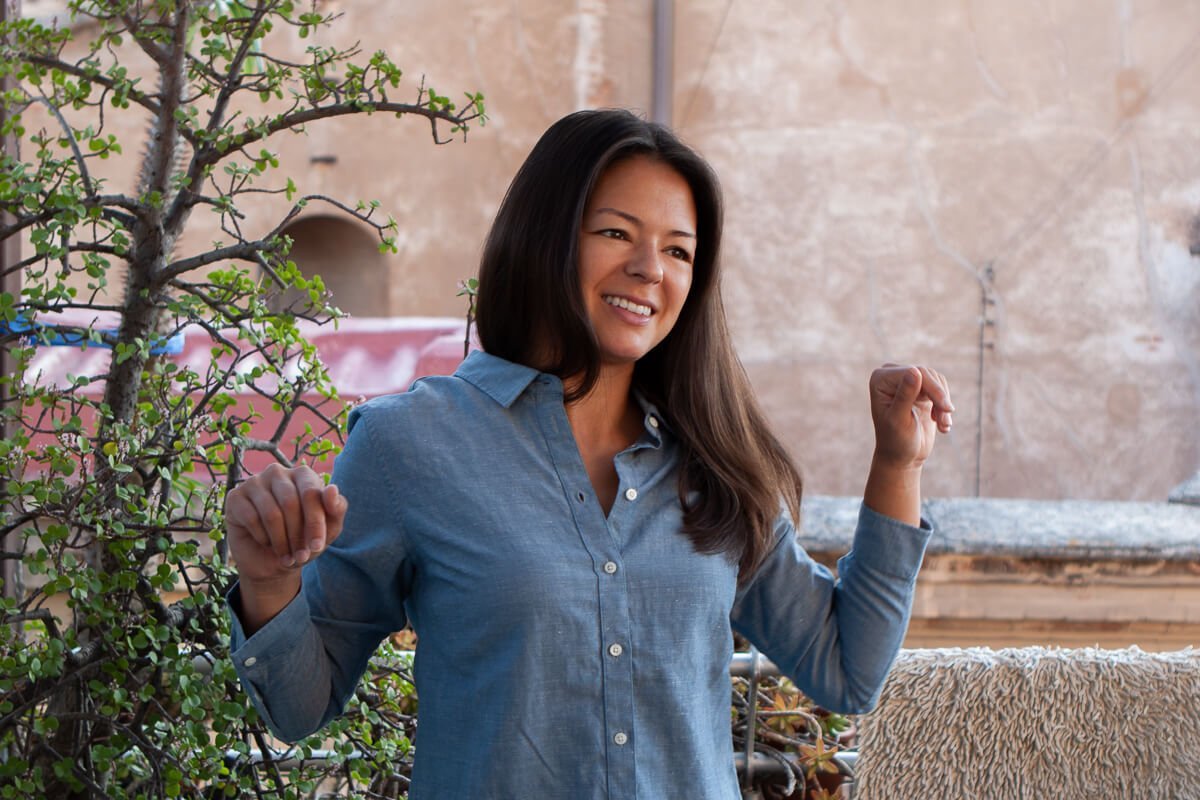 Too Un-baa-leivable to Be True?

I’m merino mad. I love wearing merino wool and constantly spill yarns about it to convince others to wear it too.

But, I’ll sheepishly admit that I sometimes exaggerate. Here’s my confession:

If it were, I’d wear nothing else. But I wear plenty of non-merino apparel too. And most of the merino clothes I rave about aren’t even 100% merino.

So, instead of trying to pull to wool over your eyes or fleece you, here are the honest benefits and disadvantages of merino wool, how it compares to other fabrics, and my favorite merino apparel.

In This Merino Wool Review:

Well, merino does the same for you when you wear clothing made of it. It keeps you cool when it’s hot and warm when it’s cold.

And if the styrofoam analogy doesn’t convince you of merino’s insulating incredibleness, consider Shrek.

Shrek was a renegade. He’s a merino sheep who avoided being sheered for six years and, since merino sheep’s wool doesn’t stop growing, become a giant cotton ball with legs.

If his 60-pound (!) coat were made of any other material, he’d be toast. But because it’s merino, he stayed cool in New Zealand’s hot summers.

✗ Merino’s Not as Soft as They Say

The people who try to tell you merino wool is super soft are probably the same ones who tell you so-and-so veggie burger tastes exactly like real beef.

Here’s the truth: Sometimes, when I initially put on a merino wool garment, I think, “Hmm, this isn’t that soft.” But that thought doesn’t cross my mind after that. I don’t think about my clothes at all because it’s so magically insulating.

Even when I fart the faintest of farts, Kim’s super-sensitive sense of smell can detect it from across the room. It’s annoying.

But she can’t detect when I’m wearing a merino t-shirt for the 10th time without washing it. Somehow, the antibacterial properties of the fabric destroy odors.

Watch the above video if you don’t believe me. This guy wore the same Wool & Prince merino dress shirt for 100 days without washing and people couldn’t tell.

Kick Athlete’s Foot: Reader and fellow merino devotee valB comments that wearing merino wool socks (one of my favorites below) has put an end to her athlete’s foot breakouts and super stinky feet thanks to their antibacterial and water-absorbent nature.

I honestly and respectfully disagree with all the other blog posts out there that claim durability to be one of the benefits of merino wool.

Sure, it’s more durable than the wool sweater your granny knit for you but it isn’t durable compared to whatever you’re wearing now.

You won’t see many merino wool pants or sports apparel on the market and you will see a lot of holes in merino shirts’ elbows because it’s not that stretchy and eventually breaks.

So while it’s easily durable enough to machine wash (every 100 days or so you have to do so), you definitely shouldn’t put any merino in the dryer.

Moths Love Merino, Too: Another durability-related disadvantage of merino wool is that, because it’s an animal fiber, moth larvae love to eat it.

If you’ve seen my packing list and best travel tips, you know I don’t believe in folding clothes and hope to never touch an iron again in my life.

With merino, I’m assured of avoiding both because the stuff doesn’t wrinkle.

I’m going to wrinkle before my merino clothes do.

Aside from some pretty spiffy dress shirts (at least I think they’re spiffy), most merino wool clothing is plain, practical type attire.

“Unstylish,” some would say.

Kim’s one of them. She doesn’t wear merino simply because she hasn’t found anything that looks good enough for her.

Apparently, merino doesn’t have the versatility of other fabrics and that fashion designers desire to transform it into impractical but stylish designs.

Merino can absorb as much as 30% of its weight without feeling wet, making it the most “hydrophilic” of all-natural fibers.

Generally, that’s a good thing because it absorbs your sweat or the rain to keep the fabric clinging to your skin. It gives your skin the room to do its job of regulating your body temperature.

Hydrophilic is Latin for water-loving so, just like if you gave me a beer you’d going to have a hard time getting it back, it takes a while for merino to give up the water it absorbs.

They also found that an 87% merino, 13% nylon Icebreaker Tech T lite dried just as fast (34 minutes). But I have a hard time believing that.

I often wash and dry my merino wool tank alongside synthetic ones and it always takes longer to dry.

✓ Merino’s Easy-Care for Mother Nature, Too

Synthetic fabrics take 20 to 200 years to biodegrade and are polluting our waterways worse than you’d expect.

So whenever the sad day comes that you have to say goodbye to your trusty merino wool clothing, you can at least take solace in the fact that it’s not going to harm the planet.

✗ Sheep Might Not Appreciate Us Stealing Their Coats

Shrek probably hid from shearing for six years for a reason.

And if you look online, you’ll find horror stories of farmers treating their sheep poorly and learn all about of “mulesing.”

“Mulesing,” to save you from Googling it yourself and seeing the graphic photos, is the removal of large swaths of skin and flesh from the area around the anus of a sheep. Sheep farmers do it to combat a blowfly infestation called “flystrike,” which sometimes afflicts the unnaturally dense, urine- and feces-encrusted skin folds around their animals’ rear ends.

Some farmers have abandoned mulesing for other flystrike prevention techniques. Others do it because it works and is good for the sheep.

And most merino brands say they take caution to only work with ethical farmers.

It’s up to you to form your own opinion on whether this is a disadvantage of merino or not.

✓ Merino Keeps the Dirt Off My Shoulder

One final magical benefit of merino wool is that it is naturally anti-static.

I didn’t know this until doing research for this post, but static attracts lint and dirt and other tarnishes.

That explains why, in addition to its odor- and wrinkle-lessness, I can wear merino so many days on end without having to clean it.

✗ Merino Takes a Lot of Money out of My Pocket

You may get a bit of sticker shock when you see the prices of my favorite merino wool clothes.

I think they were worth the investment. You may not.

Merino Wool vs. Other Fabrics

Low-quality synthetic shirts start stinking as soon as you look at them, stain easily, and don’t insulate, but they’re more stretchy and durable than wool.

Higher quality synthetics do a better job at negating the downsides. Prior to getting into merino, I was all about Lululemon’s shirts. I still have some and wear them regularly. But they cost the same as merino.

Cotton’s definitely softer, cheaper, and more versatile from a style standpoint, but it’s worse for any type of activity because it gets heavier, stinkier, and dirtier faster.

Merino should have taken a lesson from alpaca and cashmere and completely dropped the word “wool” from its name.

“Wool” brings back mostly negative memories of having to wear unpleasantly scratchy clothes to cope with even more unpleasant weather. And it always had holes in it.

Speaking of cashmere and alpaca, there are plenty of other animal furs like mohair, angora, and camel that are less popular than merino but may have some potential as technical clothing.

Alpaca, in particular, seems to be gaining some steam as a merino alternative.

Arms of Andes is one of the companies making the push. They read this post, contacted me to say, “You think merino’s hot stuff? Try alpaca,” then stuck their neck out (you know, because alpacas have long necks) by sending me a 100% alpaca base layer to prove it.

My opinion after two months of heavy use:

So alpaca’s truly hot stuff. I’ll see how cool it is over these next few months. What’s definitely cool is the Arms of Andes founders’ story and mission. It’s worth checking out.

The best fabric is no fabric at all.

Or just a pair of my favorite comfy merino shorts if I have to. That’s why Kim and I live in places like Medellin and Cape Town during the northern hemisphere’s winter.

But wearing nothing’s not perfect, either. No matter hairy I get, body hair’s horrible at insulating. And it’s generally frowned-upon to walk around over-exposed.

Merino with Other Fabrics!

Some companies are messing with nature and combing Merino for super fancy, technical fabrics. Many of my favorite products are made this way.

Let me tell you about some of them now.

I want your first merino experience to be as good for you as it was for me, so start slow and start with the best.

Try with one of the following merino wool products and, if you like it, start going crazy.

This short-sleeved Wool & Prince button-down shirt is from the guy in the video above who wore the same shirt for 100 days.

I’m still working it in but it’s already become my go-to for travel (the chest pocket’s key for boarding passes and passports and the no-stink’s a relief to people sitting by me) and for going out for tapas here in sweltering, summer Spain.

Because it’s half linen, it gets more wrinkly than 100% merino clothes, but I don’t mind. It gives the shirt a less preppy and more casual look.

Remember when I wrote above that merino’s not as soft as they say? Well, I wrote that before Outlier sent me their Ultrafine Merino t-shirt. The shirt very nearly feels like soft cotton but acts like merino (no smell, wrinkles, etc.).

Just like Outlier’s shorts, it didn’t wow me out the box, but won me over the more I wore it. It has now taken the title of favorite t-shirt from my Icebreaker Cool-Lite Sphere merino shirts. I just wish I’d picked a better color.

The only thing that holds me back from declaring it as a must-buy for first-time merino wool wearers is that it’s as crazy expensive as it’s crazy good. Maybe ask for one for your birthday.

It’s funny that they call these shorts “Momentum” ($90) because I basically only wear them when sitting around at home.

I rarely wear them out of the house because Kim says they’re not suitable for the public, but the first thing I do when I get home is put them on.

Darn Tough is a great name and these socks live up to it. They’re guaranteed for life.

Get a pair and try this challenge:

Wear them for a workout, let them dry out, and give them a whiff.

Wool-d You Give it a Chance?

Keep Making the Most of Life

Best Men’s Shorts for Travel, Sports, and Style: The Only 3 You Need

24 thoughts on “Merino Wool: The Good, the Bad, and the Not-So-Stylish”